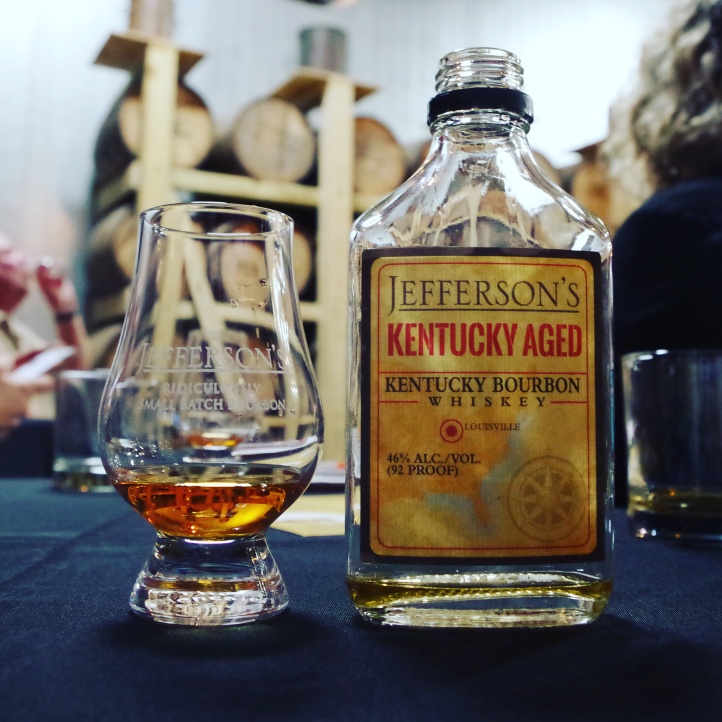 Two barrels were loaded on to a boat in Louisville, Kentucky and traveled down the Ohio River to the Mississippi River and down to New Orleans. For bourbon history buffs, this is the same route that put Kentucky bourbon on the map and may even be responsible for its name, according to Bourbon Historian Michael Veach. After this part of the journey it was loaded on to a different boat where it traveled around Florida and to Key West, and finally up the East Coast of the United States to New York. Along the way it survived two hurricanes and had to be re-barreld at one point in Florida because of the extensive damage that had occurred during the journey. 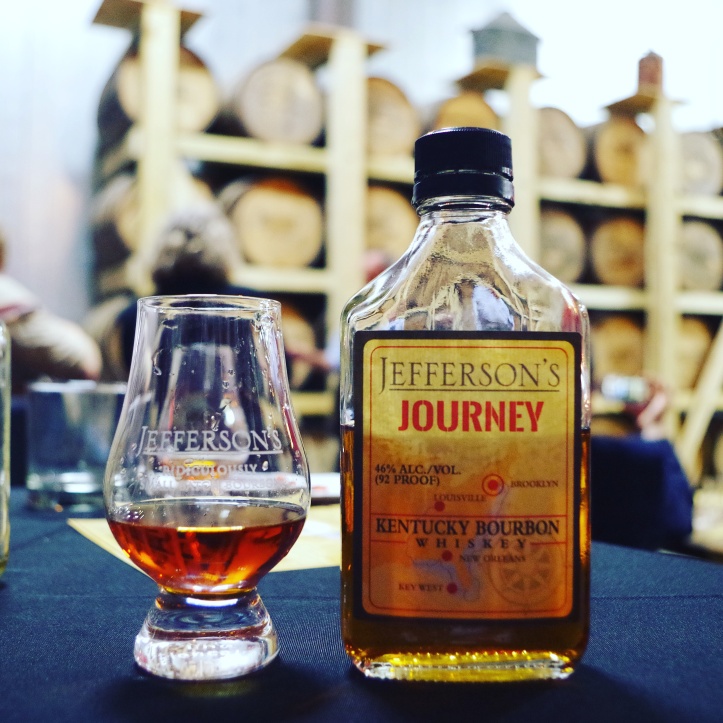 But the most exciting release is the latest Jefferson’s Presidential Select. This year’s offering is 16 years old, 94 proof, and spent time in two separate barrels charred with a number three char. Retail on this bottle is $199 and there are roughly 10,000 bottles going up for sale starting tomorrow, including 72 bottles which will be available in the KAD gift shop when they open. 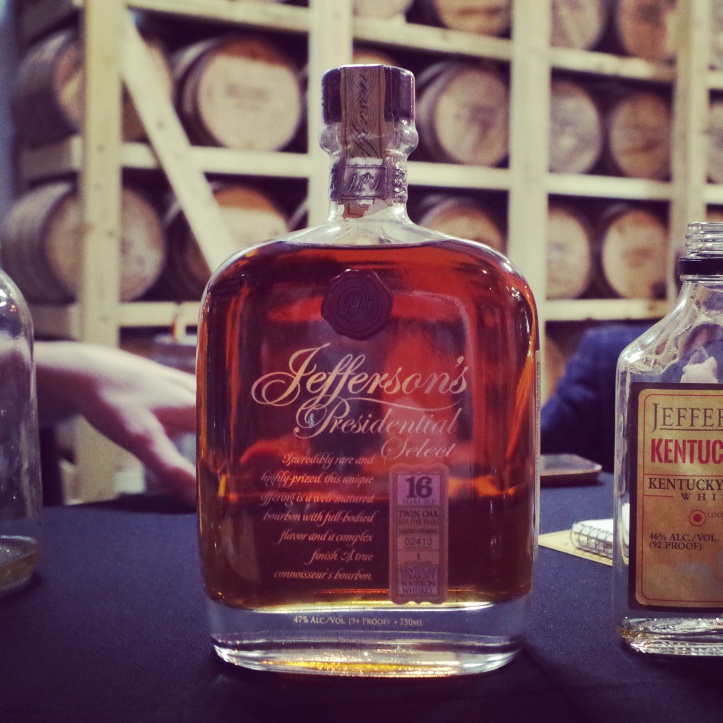 Finally, if you haven’t yet had a chance to check out Kentucky Artisan Distillery, make a trip soon. My favorite things there are the original post-Prohibition Old Forester and Early Times stills, which have been revamped and are in use  at the distillery.