I’ve been extremely fortunate over the years to get to know lots of wonderful folks in the bourbon industry.  I’m starting a new series where I’ll post a few of my favorite photos, probably with a theme, and explain why I like them.  This week I’m posting four photos of some of my favorite people in the industry as well as the photos I’ve taken of them.  Just because you’re not on here doesn’t mean I don’t think the world of you! 🙂

Some may say I border on “Jim Rutledge Groupie,” but there’s a good reason for that.  One night almost 4 years ago I was working at the liquor store during Derby Week.  Jim was in my store doing a tasting and bottle signing that night.  I kept trying to make my way over to talk to him and try Four Roses Bourbon, but we were crazy busy and I never got the chance.  Every time I’d try to walk around the counter a flood of people would pour through the door and I’d have to go right back to the register.  Then the event was over and I had to go on break as he packed up his stuff.  I sat down in the break room and started to eat my lunch, and the next thing I knew he was walking through the door with bottles in one hand and cups in the other hand, saying, “you didn’t get to do my tasting!”  Needless to say I was floored.  Who does that sort of thing?  He sat with me and not only explained the proper way to taste bourbon, but also the ten recipes that make Four Roses different from other brands.  This lit the fire in me and set me on the path I’m on today.  Thanks Jim!

I took this picture just before he retired when I wrote this story on The Whiskey Wash. 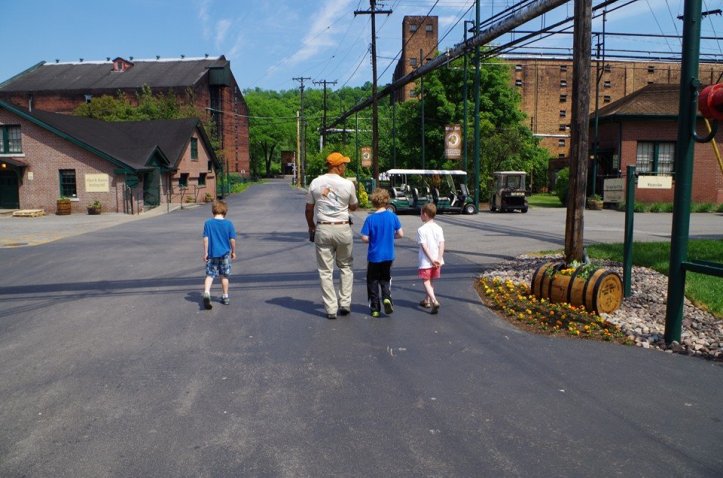 Freddie Johnson is a National Treasure.  His family has worked at Buffalo Trace for 3 generations, and Freddie currently serves as an historian, tour guide, and ambassador for the distillery.  I approached him at The Bourbon Classic in February 2015 to ask about doing a kid-centered tour that would focus on things like history, architecture, agriculture, and science- some of the many things that often go unnoticed in the bourbon industry.  He was happy to oblige me and we gathered 4 families for a tour centered around the kids.  Part of my mission as a bourbon writer is to bring expectation into alignment with reality regarding the bourbon industry, and I wanted to show people that bourbon is not just about getting hammered- it’s our culture and our heritage as well.  Freddie did an awesome job.  All the kids loved him.  Several weeks later as I was going through photos with my son I showed him a photo of Mr. Freddie’s dad, to which he said, “So working at a bourbon distillery is more like a family tradition than a single person job.”  Mission accomplished, but not without the help of amazing folks in the bourbon industry.  Read my story about that day here and read Brian Haara’s story about that day here. 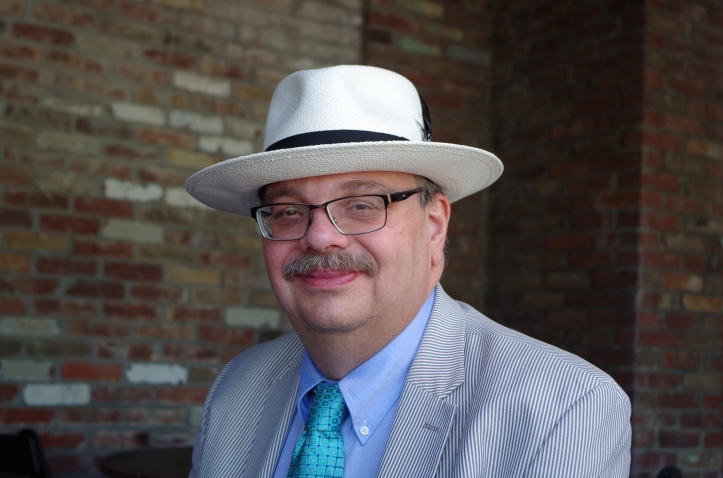 What can I say about Michael Veach?  The man literally wrote the book on bourbon whiskey.  More than that, I have come to consider him a great friend in the bourbon community.  He has raised thousands of dollars for charities and he has forgotten more about bourbon history than any of us will ever know.  If you haven’t yet had a chance to graduate from The Filson Bourbon Academy or sit in on a Filson Bourbon Salon, you are truly missing out.  I took this photo after a 4 hour class he gave on Bourbon Barons at Bourbons Bistro.  Every time I talk to him I learn something new!

Matthew Landan is at his best when he’s behind the bar at Haymarket Whiskey Bar.  Even as whiskey bars go, there are few bar owners as passionate about the bourbon industry as he is.  I took this picture during a bourbon class he taught at the bar nearly a year and a half ago.  I can never get enough bourbon education, and it’s nice to see the narrative approached at different angles from time to time.  I’ve really enjoyed watching Haymarket grow over the years- I was there on opening night- and I’m always proud to take guests to this bourbon hot spot.  Haymarket is a magnet for major bourbon events, and that’s thanks to the hard work and dedication Landan has put into advancing the bourbon industry through front line consumer education.